The Sub-Faculty of Spanish and the Centro Internacional del Español (University of Salamanca) meets with representatives from Cairo, Hong Kong, Maryland and UNAM (Mexico City) to prepare the launch of the research exchange digital platform COMUN-ES. 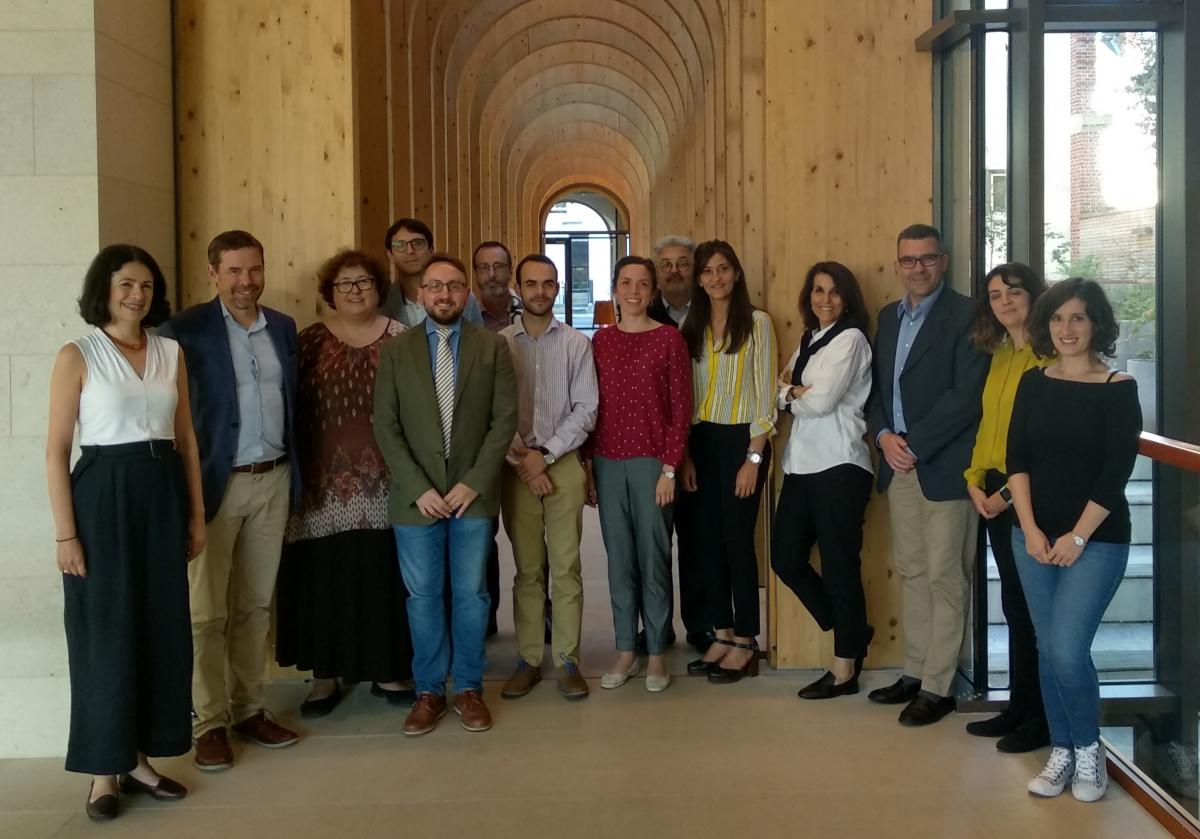 Researchers from the universities of Salamanca and Oxford who have developed the research exchange digital platform COMUN-ES (Comunidad de Investigadores del Español) held a meeting on 19th and 20th September at the University of Oxford to discuss their strategic plan for the international development of the platform. They were joined by their partner institutions: Cairo University, University of Hong Kong, University of Maryland and National Autonomous University of Mexico  (UNAM).

COMUN-ES is the first virtual community platform of researchers of Spanish language and Hispanic cultures and aims to become the main point of contact for Hispanists working in Literature and Cultural Studies, Hispanic Linguistics, and Spanish Language Teaching. One of the principal objectives of the platform is to connect researchers from around the world becoming the main point of contact within their disciplines. COMUN-ES is a free resource which will encourage research and scholarship in Spanish and underpin the importance of Spanish as a language of study and of knowledge, making a strong impact on Hispanic Studies globally.

COMUN-ES will allow researchers to connect across different geographical areas, allowing the sharing of resources and information, the development of new projects and encouraging the spread and increasing the impact of research undertaken on Spanish language and Hispanic cultures. The platform will become operational at the start of 2020 and will be launched officially in Salamanca in the spring of the same year.