The ten winners of the 2020-21 LIDL Year Abroad Prize have kindly shared with us the projects they will be working on during their upcoming Year Abroad.

More information will be added once they have started working on their projects in Michaelmas Term. 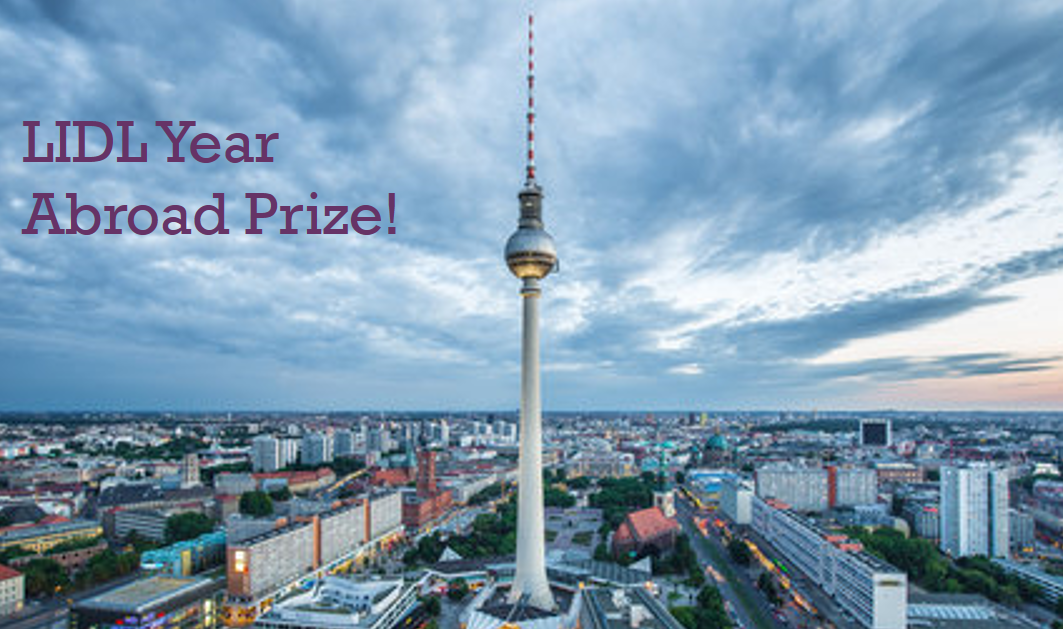 Natalie Perman (German & English, Jesus) : ’ Shticking to the story: life in the Jewish capital of Bavaria’

Rebecca Hopper ( German & French, Brasenose) : ‘The role of cultural and artistic exhibits in Austria’s Erinnerungskultur. To what extent was the Waldheim Affair a turning point?’

Eleanor Zhang ( German, St Hilda’s) : ’ Film documentary on the relationship between the Berlin Wall and the city’s people’