NEW BOOK: Paris and the Parasite 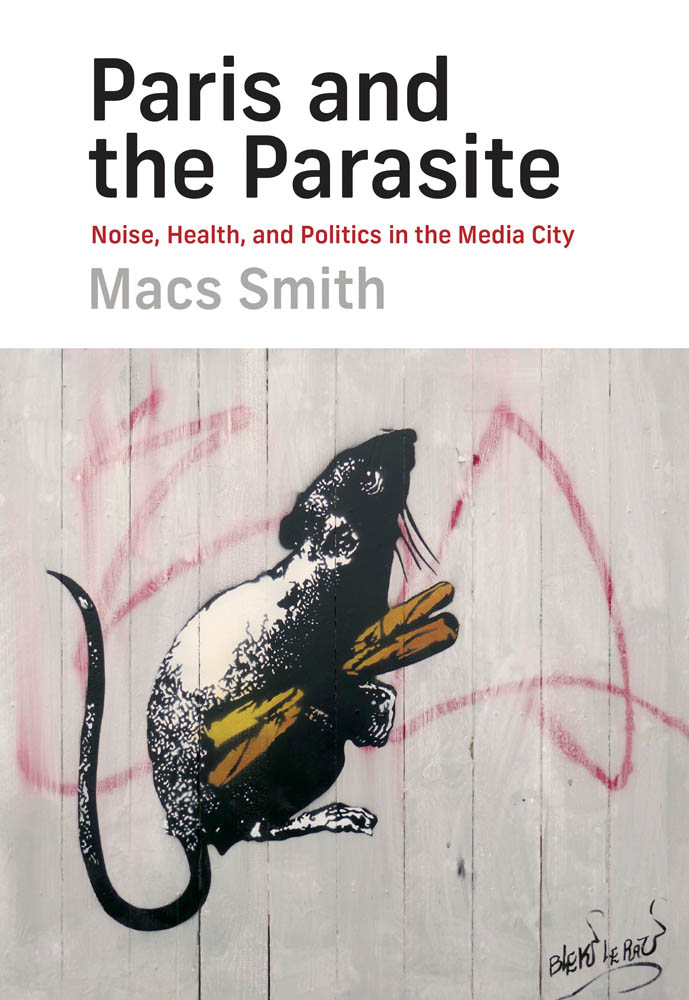 Congratulations to Dr Macs Smith, as his first monograph ‘Paris and the Parasite: Noise, Health, and Politics in the Media City’ was released on Tuesday 8 June 2021.

According to French philosopher Michel Serres, ordered systems are founded on the pathologization of parasites, which can never be fully expelled. In ‘Paris and the Parasite’, Macs Smith extends Serres’s approach to Paris as a mediatic city, asking what organisms, people, and forms of interference constitute its parasites. Drawing on French poststructuralist theory and philosophy, media theory, the philosophy of science, and an array of literary and cultural sources, he examines Paris and its parasites from the early nineteenth century to today, focusing on the contemporary city. In so doing, he reveals the social consequences of anti-parasitic urbanism.

Macs says: “The core message of this book is an appeal to make space in the city for people and things that don’t pay their way, to be hospitable, to welcome the unexpected. Part of the pleasure of thinking through those ideas was it changed my way of looking at the city. One of the meanings of “parasite” in French is noise, and we normally train ourselves not to pay attention to noise. There is a lot that we block out any time we go walking through the streets. As I wrote this book and tried to make a case for the value of paying attention to noise, I gradually found myself noticing things that I previously wouldn’t have. Things like graffiti, torn posters, the texture of limestone, unevenly-spaced chimneys, moss between cobblestones. People are often drawn to Paris by its classical beauty and the rectilinear perfection of its gardens. I have found it very powerful, both aesthetically and ethically, to look for the beauty in the city’s disorder.”