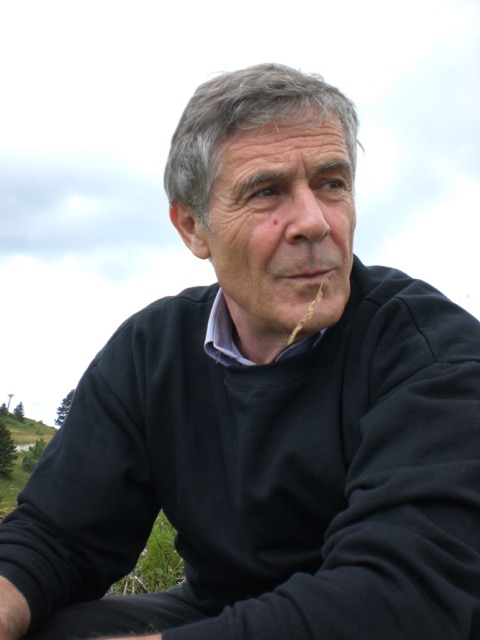 Professor Alain Viala was the moving spirit behind so much in French studies, and a kind, generous, erudite spirit who spanned the Francophone and Anglophone worlds. Celebrated for his work on what it meant to be a writer in ‘le grand siècle’, he was more than a specialist in Early Modern literature and society. His twenty books, one hundred and fifty articles and seven CD audio box-sets cover the entire span of literary history in French and both rejoice in and subtly critique a literary culture. His work on literature and theatre from all periods shows how societies are powerfully shaped by these practices.

Born in the small town of Saint-Affrique in the sud-Aveyron into a family of very limited means, he excelled at his State boarding school with its study spaces and regular meals. Later in life, sitting before the remains of a plentiful meal in his Oxford college, he would quietly aver that ‘nothing should be wasted’. After obtaining an undergraduate degree in French literature at the highly selective École Normale Supérieure in Cachan (near Paris) during the period of the student uprisings in the late 1960s, he became an assistant lecturer at Paris 3 — Sorbonne Nouvelle, and embarked on a prolific writing career. He wrote regularly (under the pseudonym ‘A. Ranvier’) for Le Peuple français, a politically independent journal concerned with viewing history through a working-class lens and providing an enlightened alternative to the narrow orthodoxy of popular history magazines like Historia. He began a life-long collaboration with Michel P. Schmitt with whom he wrote a number of books on the teaching of literature and reading in schools. Under the supervision of the seventeenth-century specialist Jacques Morel at the Sorbonne Nouvelle, he began ambitious doctoral research on the interplay between writers and the formal or informal literary institutions of the Ancien Régime. Published with the highly respected Éditions de Minuit as Naissance de l’écrivain in 1985, it was awarded a ‘prix spécial’ by the Société des Lettres the following year. These were the foundation years, establishing his lifelong interests in literature, theatre, society and pedagogy at all levels.

He was appointed to a permanent position at Paris 3 — Sorbonne Nouvelle in 1985, and first visited Oxford two years later to deliver a research paper. A young graduate student hosting him at the time remembers initially feeling anxious in the presence of the reputed professor, but rapidly feeling charmed by his almost childlike curiosity about Oxford and how it functioned. This was the same curious, easy-going and equitable outlook that subsequently led to many fruitful visiting professorships around the world (Liège, Laval, Atlanta, Chicago, Tel Aviv…). He held posts in seven countries in addition to France.

His life and career took an unusual turn for a French literary academic in 1997 when he accepted a five-year professorship in Oxford, funded by the French government, and in 2003 when he was appointed to the permanent Chair of French. His inaugural lecture was typical of the way he did not just study literature, but confronted its truths and deceptions. It was a ‘Letter to Rousseau’ (published in 2005), addressing the author directly and chastising him with eminent tact and understanding for denying the aesthetic, moral and social functions of theatre. The calm energy and commitment in his response to Rousseau was felt in the myriad ways he engaged with academic life in Oxford. With doctoral students – whether they were his own or not — he wore his erudition lightly and especially warmly, sharing and encouraging them in ways which they felt were fundamental for their development. With colleagues, he was unstinting in his efforts to collaborate on intellectual ventures and contribute to the life of the university’s institutions. He was a stalwart of the Voltaire Foundation and of the Maison française d’Oxford, an assiduous convenor and member of the French Early Modern Seminar, a co-organiser of the Oxford-Fribourg doctoral programme, and a permanent catalyst for Anglo-French academic relations.

He continued to enrich French academia, co-founding the GRIHL (Groupe de Recherches Interdisciplinaires sur l’Histoire du Littéraire) in 1996 with the historian Christian Jouhaud at the École des Hautes Etudes en Sciences Sociales and Paris 3 — Sorbonne Nouvelle. One of the many publication projects he was involved in at the moment of his untimely death was the preparation of a volume introducing the GRIHL’s work to Anglophone audiences. In 1999, he was given the polemical task of overhauling the teaching of literature in lycées (upper secondary schools) in France: his revised syllabus was adopted but then overturned by what a Ministry of Education source criticised as ‘seriously backward looking’ elements within the French literature establishment. The scholar of polemics and quarrels that Alain Viala was regarded this real-life experience with wry cynicism, and it in no way dampened his creative zeal. He was very proud of the ‘Rencontres, Recherches et Création’ project which he co-organised at the Avignon Festival every year, bringing together academics, theatre directors and actors. It was typical of him to see theatre as a living art form needing to escape the pages of a published script, and to see academia as an open forum for a wide public to enjoy.

When he retired in 2017, his many students and collaborators over the years repaid his generosity with a two-volume Festschrift, Littéraire, containing seventy-two contributions and including essays, memories, translations, tributes, photographs, and pictures. It is a reflection of the breadth of his interests. For some contributors, Alain Viala was the Racine specialist who edited the standard works through three editions, published numerous scholarly editions of plays and wrote Racine: la stratégie du caméléon (1990). For others he was the writer of La France galante (2008) and La Galanterie (2019) which combine astute sociological analysis with sensitive reading of texts to skewer certain French national myths. Or he was the generalist who put his erudition and lively style at the service of the student or general reader in books like La Culture littéraire (2009), and at the service of the scholarly one with Le Théâtre en France des origines à nos jours (1996) and the co-edited Dictionnaire du littéraire (2002). In the catalogue of the Bibliothèque nationale de France, you will even find that between 1988 and 1992, he adapted a series of Walt Disney stories: Rox et Rouky, Robin des bois, Taram et le chaudron magique, not to mention Basil détective privé, are all his. During the Covid lockdowns, unable to leave France, he completed two as yet unpublished books which will broaden his scope further still: L’Adhésion littéraire which analyses the social and political work of the literary, and a fictionalised memoir of the life of his uncle, a shepherd.

We will continue to read and learn from his work, but we will always miss our friend, the zest with which he would announce that ‘nous avons bien travaillé’, the cheery way he would use his preferred English word ‘anyway’ (generally in the middle of a French sentence), his characterful email sign-offs – from the learned ‘Tibi’ to the inimitable ‘Tnaks you very much’. We will miss his kindness and his encouragement; we are the lesser without him. We extend our deepest condolences to his son Frédéric, to Frédéric’s mother Anne-Marie Viala, and to Kate Tunstall, his partner since 2006.