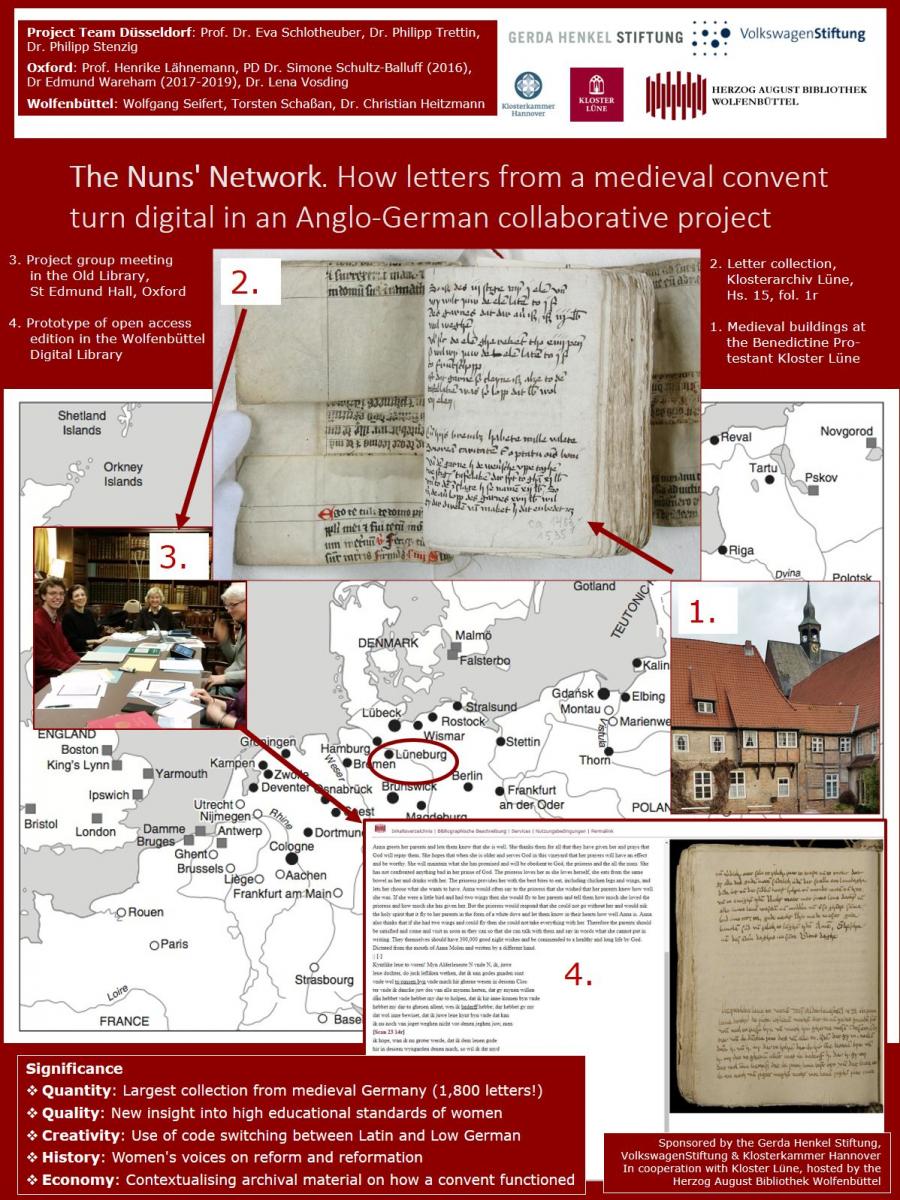 The Gerda Henkel Stiftung just announced its decision to fund The Nuns’ Network project for another 36 months (until May 2025), making it possible to edit the full extent of the impressive letter collections from the Benedictine convent of Lüne.

The project, led by Henrike Lähnemann (Oxford) and Eva Schlotheuber (Düsseldorf), has run since 2016, and in 2020 reached the mile-stone of making the first letter-book with 427 of the 1,800 letters fully accessible online, including English and German summaries of all the letters, a full commentary of the historic context, a substantial introduction and the option to read the letters in a diplomatic or normalised version – and all open access! The money will fund two post-doctoral positions, to be held by Dr Lena Vosding in Oxford and Dr Philipp Trettin in Düsseldorf.

In 2020, the Gerda Henkel Stiftung also sponsored a film series: The Nuns’ Network, consisting of six episodes featuring the history of the convent, the editing process, key findings from the letters and an interview with the two project directors, Eva Schlotheuber and Henrike Lähnemann. Also available in English is Henrike Lähnemann’s St Edmund Hall Fellowship Lecture on Letter Writing and Lobbying in Late Medieval Germany (May 2021).

Read here the letter books from the Benedictine nuns of Lüne, the largest cache of female writing from late medieval northern Germany.