Georgina Paul works principally in the field of contemporary German literature. She specialises in the literature of the GDR (East Germany) and literature post-unification, and has published some important essays on Christa Wolf in particular. She also has a lively interest in gender issues — how gender is theorised, what it means to be a gendered subject, and how this is represented and reflected upon in literary texts. She is a published translator, both of scholarship and of contemporary poetry.

German language and literature from the eighteenth to the twenty-first centuries, with particular interests in the politics and literature of the post-1945 period in the Federal Republic, the GDR, and in Austria, and in literature by women. Modern prescribed authors offered include Christa Wolf, Elfriede Jelinek, W. G. Sebald.

She has in the past supervised successful doctoral theses on women writers of the Expressionist period, on the Austrian writer Ingeborg Bachmann, the contemporary writer Anne Duden, and on German literature in translation post-1990, as well as Masters work on Elfriede Jelinek, the Turkish writer Emine Sevgi Özdamar, and on theoretical approaches to contemporary writing by women. She is currently supervising DPhil students working on popfeminist writing in the US, UK and Germany, and responses in contemporary German poetry to the 20th-century avant-garde ‘tradition’.

‘An Easter of Words: Steps Towards a Reading of Anne Duden’s Steinschlag’, in Anne Duden: A Revolution of Words. Approaches to her Fiction, Poetry and Essays, ed. Heike Bartel and Elizabeth Boa (Amsterdam, New York: Rodopi, 2003), 123-148

‘“Ich, Seherin, gehörte zum Palast”: Christa Wolf’s literary treatment of the Staatssicherheit in the context of her poetics of self-analysis’, in German Writers and the Politics of Culture: Dealing with the Stasi, ed. Paul Cooke and Andrew Plowman (Basingstoke: Palgrave Macmillan, 2003), 87-106

With Godfrey Carr, ‘Unification and its Aftermath: The Challenge of History’, in: German Cultural Studies: An Introduction, ed. Rob Burns (Oxford: OUP, 1995), 325-348 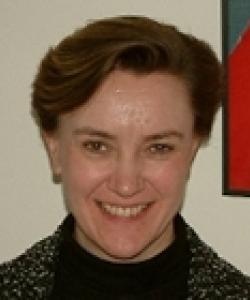