Nearly a decade has passed since the Princeton seminar where I first encountered theater in the Soviet Gulag. My subsequent investigation exhausted the resources of the university’s many libraries and led me to Russia’s subarctic Komi Republic with a research grant in 2014. This research resulted in a two-hundred-page undergraduate thesis on the topic. I later received my MA in Acting from the Royal Conservatoire of Scotland in 2016, and spent the following five years as a professional actor and writer in New York City.  In 2019, I was brought on as teaching assistant for another Princeton seminar, this one in Moscow. This reawakened my search and led me to a trove of new archival sources. These new documents along with my translation of a firsthand history of the Vorkuta Gulag theater have driven me to continue my journey into this mostly unexplored world. It was a world of highly-skilled artists, remarkable feats of theater construction, vast and diverse audiences, and a surprising level of creative freedom. And it all existed alongside the devastation of Stalin’s forced-labor leviathan. My work at Oxford will be essential to uncovering this world and its important implications for the field.

My focus will be the professional Gulag theaters of the subarctic Komi ASSR (primarily, the Music and Drama Theater of Vorkuta) as well as the Magadan Music and Drama Theater on Siberia’s northeast coast. Founded in 1943 and 1938, respectively, they still serve as vital centers of Russian theater to this day. Focusing on these two extraordinary institutions will expand our understanding of art in the camps, explore an often-overlooked period in socio-cultural scholarship on forced labor, and offer new perspectives on questions of control and autonomy, camp hierarchies, and the far-reaching legacy of the Gulag.

I plan to use my research as the inspiration for creative projects (from immersive theater to narrative nonfiction to film), which I hope can bring this important piece of history to life for a diverse audience. As a dedicated researcher and a passionate theatermaker, I see research enhancing performance and creativity enlivening scholarship to unlock new perspectives within academia and the wider world. 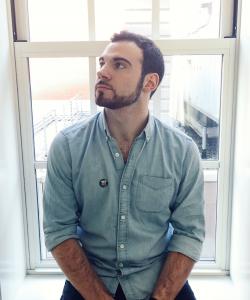