Mary Boyle is a Leverhulme Early Career Fellow, working on cross-cultural Anglo-German medievalism in the long nineteenth century. During this period, German- and English-language writers created distinct visions of the Middle Ages by translating, adapting, and rewriting one another’s medieval literature. These nations’ contemporary and historical constructions of the national and transnational past are interdependent, and research in this area is deeply relevant in today’s political climate, in which populist narratives depend on selective interpretations of medieval and modern history.

Mary also works on medieval German and English comparative literature more broadly, and particularly on medieval religious writing. Her monograph, Writing the Jerusalem Pilgrimage in the Late Middle Ages was published in 2021 (DS Brewer). Her further research interests include the interaction of text, image, and material object in printed books and manuscripts. She is the co-founder of Teaching the Codex, an interdisciplinary project on the teaching of manuscript studies, and a Junior Research Fellow at Linacre College.  In 2017, Mary was a Visiting Researcher at the Großbritannien-Zentrum/Centre for British Studies at the Humboldt University in Berlin, and from 2017-2020, she was an Irish Research Council Postdoctoral Fellow at Maynooth University. 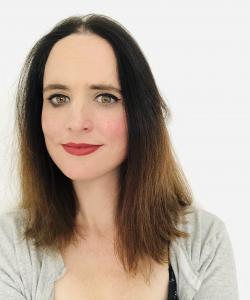