Huge congratulations to the first round of winners of the newly installed prize for creative projects during the Year Abroad in a German speaking country (link to the original announcement) which is sponsored by LIDL UK. The committee was delighted to receive such a variety of inventive and engaging proposals.

The two projects by students currently on their Year Abroad, Megan Black and Connie Simms, will be celebrated by a launch in November 2019, date to be confirmed. The seven projects by students yet to go on their Year Abroad will go live as they are progressing. They will also be in for the chance to win an extra £500 prize after completion, to be judged in June 2020. Meanwhile, the application process remains open, with the next deadline end of December 2019 (https://www.mod-langs.ox.ac.uk/news/2019/03/18/lidl-year-abroad-prizes).

A blog and YouTube channel devoted to recording all manner of strudels, cakes, sweet breads, tarts and biscuits which people make at home in Austria. There will be a focus on elderly ladies, who may still be using traditional recipes and knowledge passed on through generations, although I will be open to filming anyone. I love baking, and believe it occupies an interesting space in our lives – originally something purely functional, but also an intensely personal expression of love and self-expression. Fewer young people may be baking the traditional way, and I want to preserve these recipes, partly because I am fascinated by Austria’s culinary diversity, and partly to pay homage to the people still putting effort into creating beautiful and delicious baked goods. 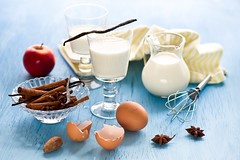 Here there are no restrictions apart from one: continue the narrative.

Each artist creates a piece in response to the previous works. It all begins with an image. An artist responds to this image in their medium of choice: a painting. The following artist responds to the image and painting with a poem. And so the next artist creates… Each new contribution develops the narrative further until a collective work is created, coloured by many voices singing in many media. 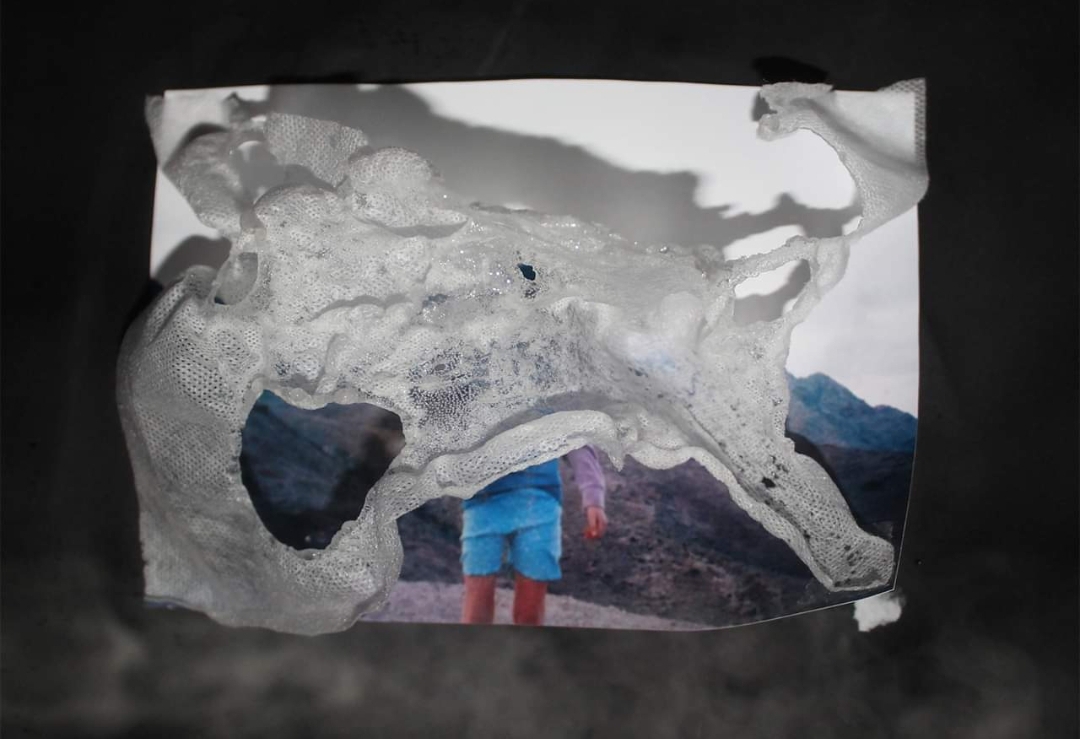 In Berlin, where I will be working during my year abroad, I plan to found an independent publication focussed around the idea of European identity. In the context of an economically and – perhaps even geographically – unsteady Europe, I am fascinated to try to discover, through the medium of a printed magazine, what it means to be European. What does Europe mean to Europeans now, and what will it mean in the future? What is it to have a European identity? I want to look specifically at issues of migration and movement within Europe, to interview and begin dialogues with people from myriad backgrounds who identify as European. The publication will be an exploration more than anything else. Since Brexit, I have begun to question what it really means to identify as a European. Berlin, as a hugely diverse city, is the perfect place to start finding answers to these questions. I plan to collect the bulk of the content in Berlin, where I will be based, and to edit the work alongside a team of Oxford-based editors, in order to get a diverse range of perspectives, with writers and editors from an international database. As well as publishing and sharing my exploration in print, I plan to create an online platform to begin a multi-media discussion using film, text and photography. 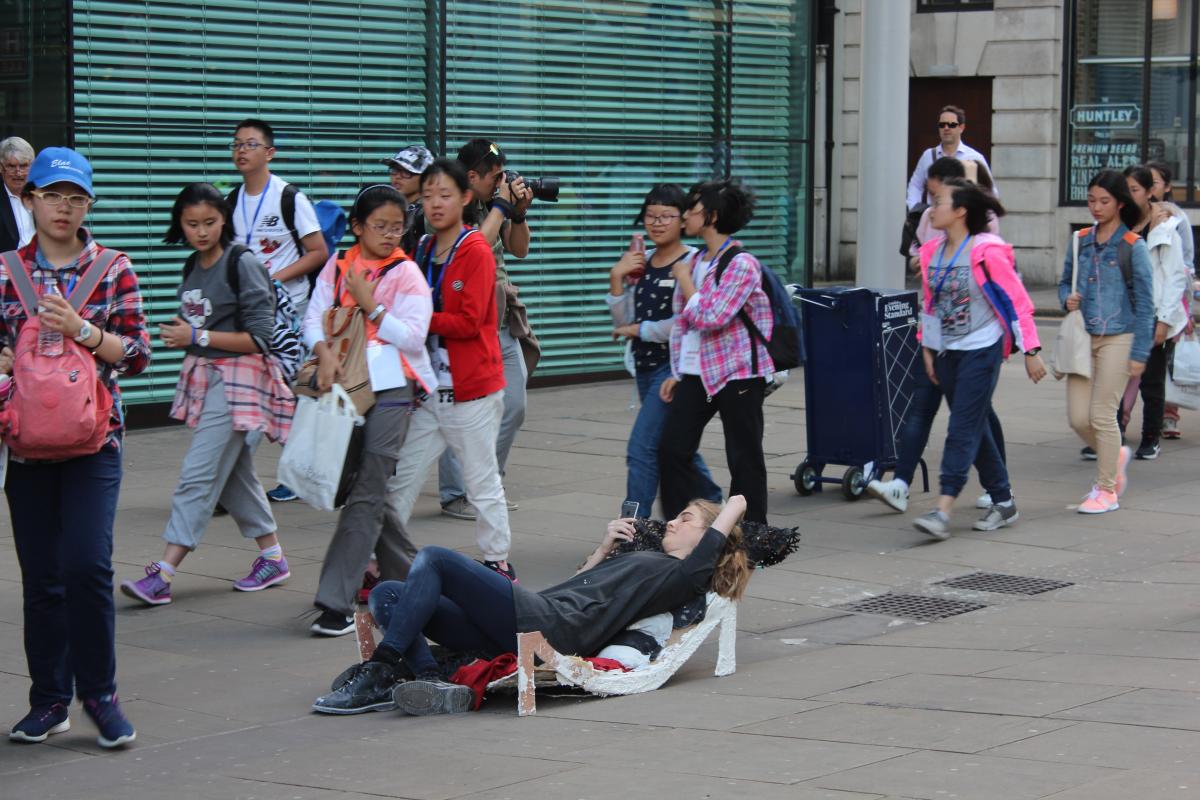 Es war einmal… Once upon a time, over four hundred women published fairy tales in the nineteenth century in Germany alone, yet now we think of the fairy tale as a male-dominated genre, led by Charles Perrault, the Grimm brothers, Hans Christian Andersen and other men. My project aims to recover and revitalize the lost voices of the many German women writing fairy tales in the nineteenth century, who used the genre as a subversive vehicle for critique of patriarchal values and conventions, such as the importance of marriage and the denial of education to women. I aim to recover these women’s voices by translating up to six previously untranslated fairy tales and circulating my translations online. These tales (collected in the original German by Shawn Jarvis in the anthology Im Reich der Wünsche [2012] but not yet translated into English) are: Friederike Helene Unger’s “Prinzessin Gräcula: Ein Märchen” (1804); Charlotte von Ahlefeld’s “Die Nymphe des Reins” (1812); Louise Brachmann’s “Das Reich der Wünsche. Märchen” (1813); Karoline Stahl’s “ ‘Der verzauberte Prinz. Nach einer lettischen Volkssage” (1816); Benedikte Naubert’s “Libelle. Romantische Erzählung” (1817); and Marie von Ebner-Eschenbach’s “Brautwahl” (1892). I hope my project will help these German women writers get the critical attention they deserve. I shall leave you with Jarvis’ words that so piqued my interest in this field:  “Es sind keine schweigsamen, anpassungs- und aufopferungsbereiten Märchenheldinnen und -autorinnen mehr, mit denen wir es hier zu tun haben. Sie ergreifen das Wort und wollen gehört werden. Hören wir ihnen zu.” (‘Nachwort’, Im Reich der Wünsche, p. 332) 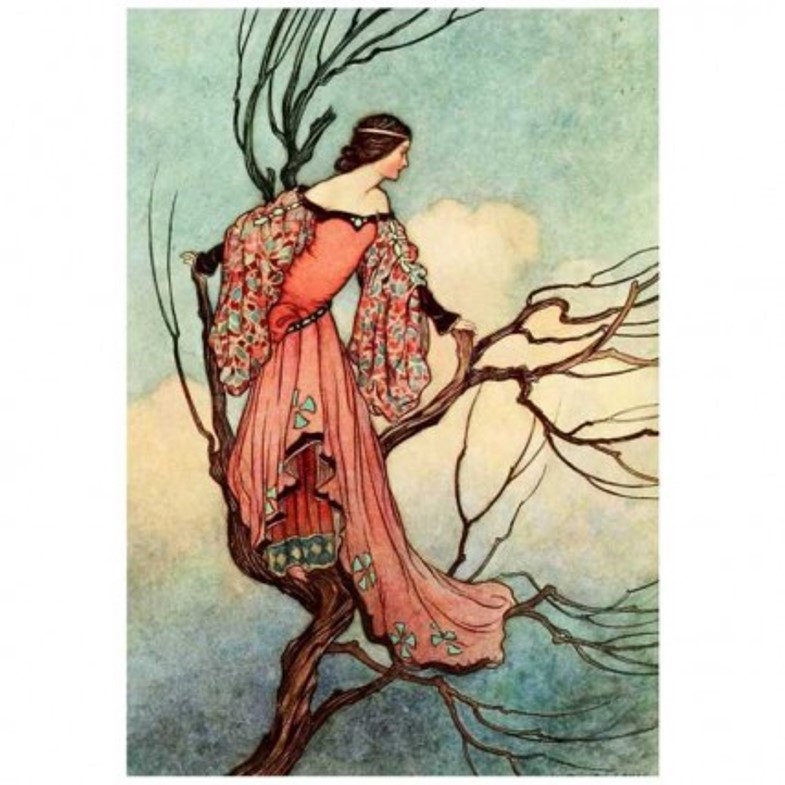 This project will seek to combine football and languages, helping those from underprivileged backgrounds (especially refugees in the community), to improve both their English and German skills, whilst also having fun and playing football. I’ll be volunteering as a coach on a regular basis and the project will culminate in the organisation of an entire day spent in the sun with football tournaments, fun games, food and drink stands, and awards at the end in order to fundraise even more for the charity. 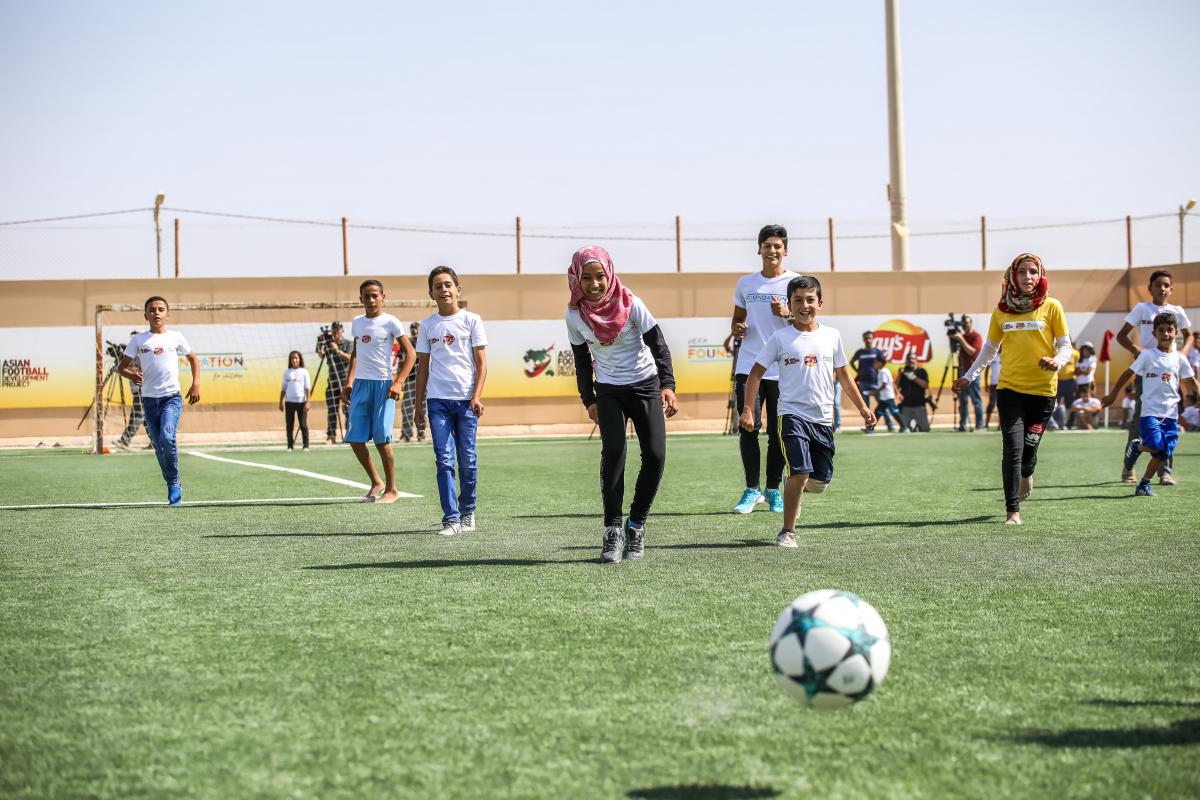 I plan to carry out a research project on the above theme for Paper XIV of my Finals during my Year Abroad at the University of Freiburg. This project was inspired by reading a 1937 edition of Hermann Stodte’s translations of the poems of Walther von der Vogelweide. It combines my curiosity about the medieval period with my passion for translation through a comparative analysis of Stodte’s translations and the original poems. This forms the basis for a consideration of the ways in which Walther von der Vogelweide’s poetry was appropriated to promote National Socialist ideologies relating to nation, gender, society and religion — for example, in statements such as that contained in the title quotation, which is drawn from one of Stodte’s translations. The LIDL Year Abroad Prize will enable me to travel to universities, libraries and archives in Germany to carry out research and interview experts in translation, medieval studies and the NS-Zeit to support the writing of this essay. It will also enable me to share my research with fellow Germanists in Oxford by curating an exhibition about the reception of Walther’s poetry when I return from Germany. 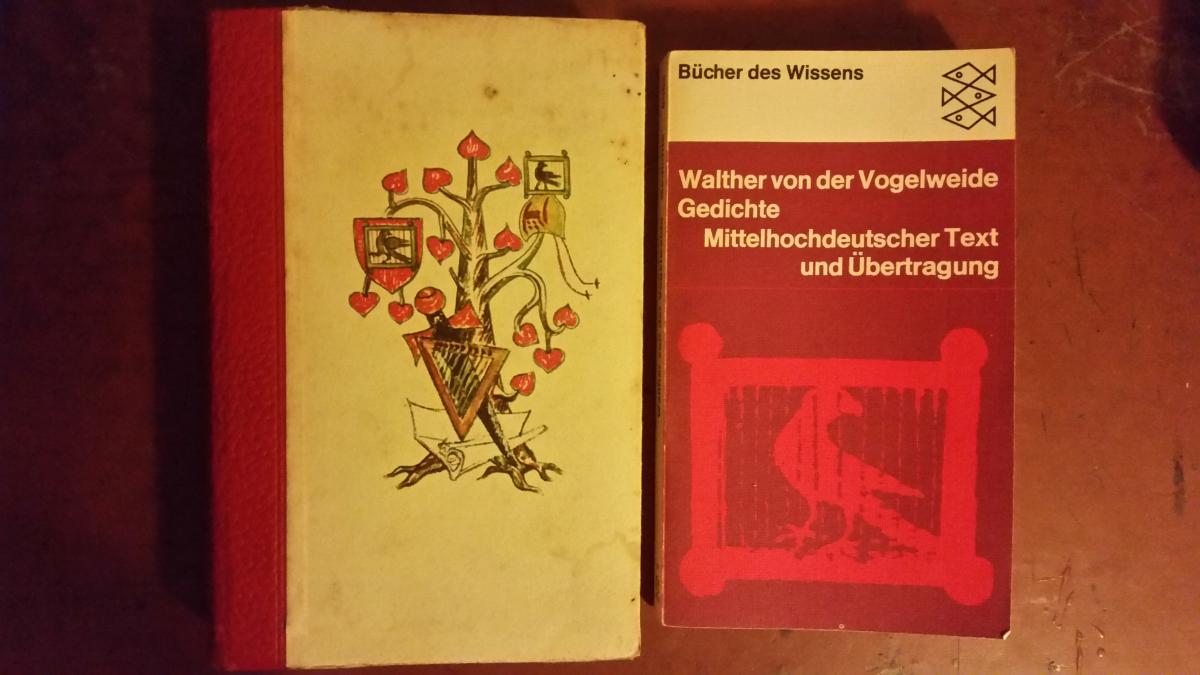 An obvious play on the Isherwood classic ‘Goodbye to Berlin’, the magazine guide ‘Hello to Berlin’ will be an indispensable guide to young British students looking to move to the German capital. Focusing on the different districts of Berlin and their individual history, each district will focus on the British student who has lived there, and their personal favourite places and stories about the area. Hopefully lessening the often daunting task of moving to the metropolis that is Berlin, the project will also function as a guide to the city in the form of a cultural dialogue. This cultural dialogue comes into force with the addition of the Soundcloud published podcast. The episodes of the podcast will correspond to the different districts of the city explored in the magazine, however this time they will be in the form of interviews with more longstanding Berlin inhabitants, undertaken in German. Similar to the written guide, the short episodes will discuss the area with the long term inhabitant, their stories and hidden places that they love. The end product will therefore be a guide to Berlin through the lens of both British citizens who have transiently called Berlin home, and those with more permanent roots. 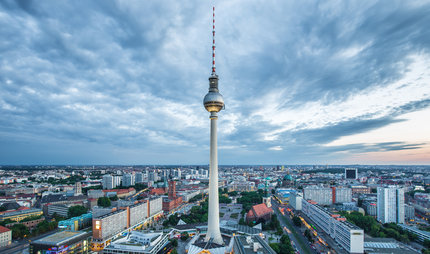