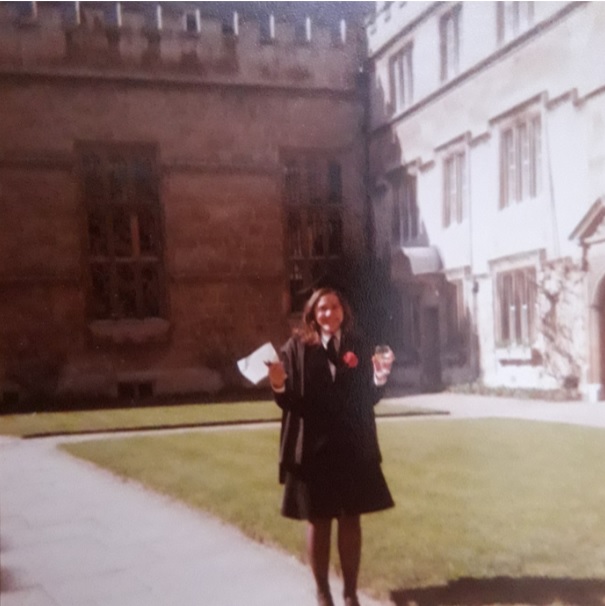 Imagine my surprise when I entered Jesus College in October 1977 and discovered that, although there were quite a few people reading Spanish in my year, I was the only one reading Portuguese! Studying that language was therefore quite a solitary experience; although I had some classes with others, I had tutorials and even a few lectures on my own! It was also quite challenging to learn a new language more or less from scratch, having gained ‘A’ Levels in Spanish, French and Latin. Nevertheless, under the guidance of Dr Earle (now Professor Emeritus) and António Almeida, our Reader, I worked hard, especially during the first two terms leading up to Prelims, to be able to get to grips with the language work and set texts. Fortunately, this approach paid off and I passed the exams with equally good marks in both my languages.

In the summer of 1978, I took the short course for foreign students at the University of Lisbon; my time there was very enjoyable, giving me a lasting love of the country, its people and language. After finals in 1980, I achieved the distinction of getting the best degree in Portuguese in the whole University in my year – and, of course, the worst – simply because I was the Class of 1977-80! My subsequent career was mixed, but I was able to use my Portuguese as Bi-lingual Secretary and Personnel Administrator at the London branch of Banco Português do Atlântico, 1987-1989.

In 1991, I finally decided to train as an archivist at the then University of Wales, Aberystwyth, gaining the diploma in Archives Administration in 1992. Since then, I have worked on a number of government-funded archival research and cataloguing projects, sponsored by several universities, many involving records held by The National Archives (TNA), Kew. My language skills have been extremely useful in all my work as an archivist and researcher, as most of the documents I have worked on are written in medieval Latin, but recently, it was wonderful to be able to go back to my linguist’s roots. During work at TNA on the Prize Papers Project, re-cataloguing material in the archive of the High Court of Admiralty, I worked on some 17th century letters and papers seized from a ship carrying mail from a Spanish and Portuguese Jewish merchant community in North Africa back to the Netherlands. This material was fascinating and certainly helped to keep my eye in with both languages.