'A String of Pearls' book launch

On Wednesday 3rd March the Queen’s College Translation Exchange launched A String of Pearls, a groundbreaking collection of German nineteenth-century fairy tales by women writers, appearing in English for the first time. Queen’s undergraduate Eve Mason translated the tales as part of her Feminist Fairy Tales blog project, and has now published them in a beautiful edition illustrated by artist Susan Sansome. 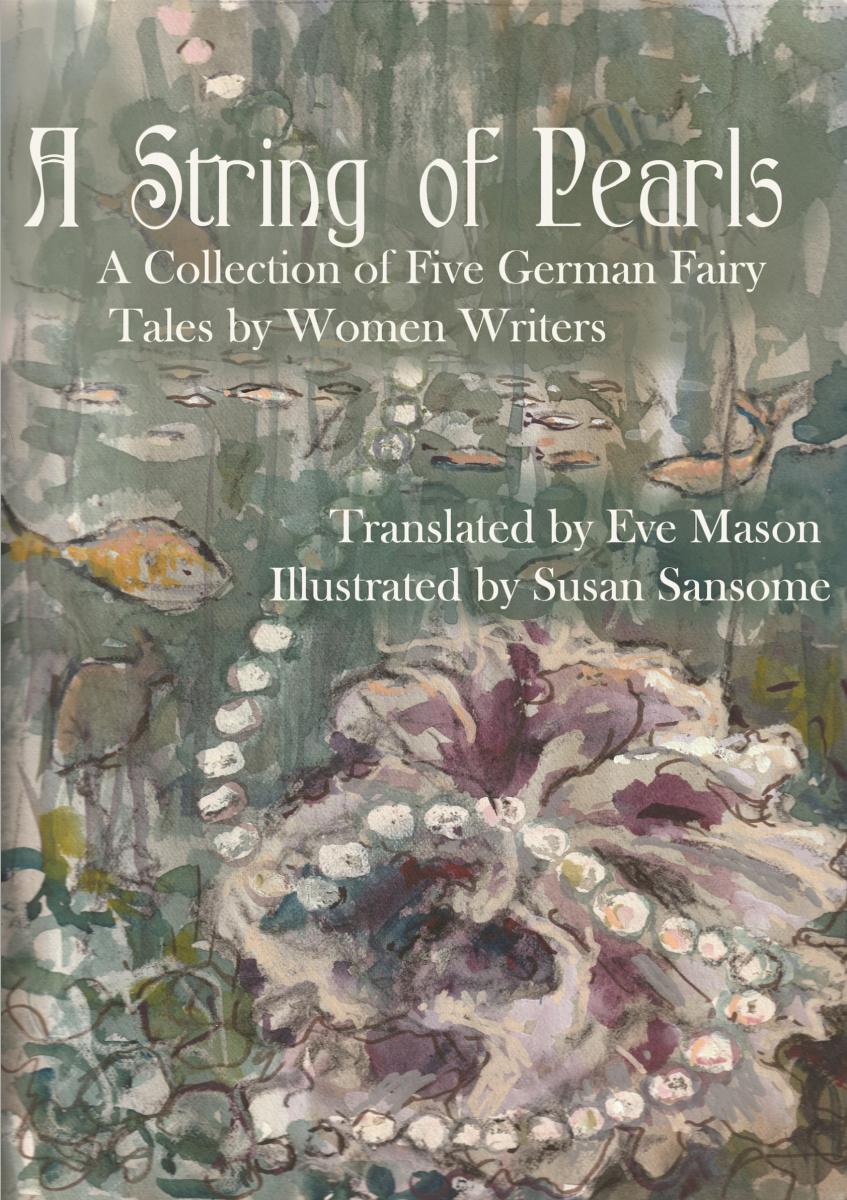 Eve has developed her passion for translation over her time at Oxford, and before undertaking her fairy tale project was one of the original translators for the White Rose Project. She recently discussed A String of Pearls with them in their ‘Translation Conversations’.

The launch (the video of which you can find on our youtube channel) featured a reading from Eve, her reflections on the translation process, and contributions from Dr Joanna Neilly, who wrote the volume’s foreword, and Dr Nicola Thomas, who typeset the edition.

Eve’s project aims to recover and revitalise some of the lost voices of the hundreds of German women who wrote and published fairy tales in the nineteenth century but have since been forgotten, women who used the genre as a subversive vehicle for critique of patriarchal values and conventions, such as the importance of marriage and the denial of education to women. We meet the conventional adventurous children, wicked queens, handsome princes and talking animals, but also some figures that don’t seem quite so familiar: a wise, educated ruling queen; a powerful, vengeful nymph who we see in the illustration below; and not a knight in shining armour, but a brave young woman ready to save a sleeping prince.

During the evening, Joanna thanked Eve’s project ‘for refocusing our attention on these often unjustly neglected voices. Her project is timely, coming when we are all considering how to make a more inclusive curriculum, but this is not just inclusivity for its own sake. Eve’s translations reveal the creativity, the wit, and the often subversive voices of a range of nineteenth-century fairy tales. This reminds us, of course, that folk and fairy tales are inherently subversive genres, often containing low humour or amplifying marginalised figures – the lower classes, children, outsider figures who become folk heroes. Eve’s project reclaims this subversive potential by bringing to the fore some forgotten women’s voices, who often provide a critical and ironic take on literary tradition. I am sure her book will become an important resource for students who want to know about the rich diversity of nineteenth-century cultural production.’

The project was funded by the German sub-faculty at Oxford and Lidl. You can read more about it here.

Eve is compiling a list of requests for A String of Pearls for when she orders a reprint after her Finals in June/July. Each copy is £4.99 + approx. £2.50 P&P for a beautifully illustrated paperback edition. Do get in touch with Eve at astringofpearls2020@gmail.com if you would like to request a copy.

The Translation Exchange runs regular events on translation and international literature, which are open to all.