Francesca Southerden holds a BA (Joint Honours) in Italian and French from Somerville College, Oxford and a D.Phil in Italian literature from Hertford College, Oxford. Her thesis considered the modern poet Vittorio Sereni’s relationship to the preceding lyric tradition and his reframing of a discourse of desire that goes back to Dante and Petrarch. Before joining Oxford she was Assistant Professor of Italian and Medieval-Renaissance Studies at Wellesley College, MA (2010-16) and Mary Ewart Postdoctoral Research Fellow at Somerville College (2007-10).

Francesca Southerden’s research focuses on the relationship between language and desire in the works of Dante and Petrarch. Her current book project, entitled Dante and Petrarch in the Garden of Language, argues that the garden and language are fundamentally relational spaces for these authors. It explores how the gardens of Dante and Petrarch’s poems map a journey of desire; deal with particular rather than abstract forms of expression; and emerge as loci of encounter – with the past, with the beloved, with other voices, and especially with the self. Her current book develops, within a medieval context, the concern with the relationship between desire, subjectivity, and poetic space that was at the heart of her first monograph, Landscapes of Desire in the Poetry of Vittorio Sereni (Oxford University Press, 2012). Her broader research interests lie in the philosophy of language, critical theory, and the concept of lyric from the Middle Ages to the present day.

Landscapes of Desire in the Poetry of Vittorio Sereni (Oxford: Oxford University Press, 2012).

Articles and Chapters in Books

‘From Paradox to Exclusivity: Dante’s and Petrarch’s Lyrical Eschatologies’, co-authored with Prof. Manuele Gragnolati, in The Unity of Knowledge in the Pre-Modern World: Petrarch and Boccaccio between the Middle Ages and Renaissance, ed. by Igor Candido (Berlin: De Gruyter). Forthcoming.

‘Between Autobiography and Apocalypse: The Double Subject of Polemic in Petrarch’s Liber sine nomine and Rerum vulgarium fragmenta’, in Polemic: Language as Violence in Medieval and Early Modern Discourse, ed. by Almut Suerbaum and others (London: Ashgate, 2015), pp. 17-42.

‘Introduction: Transforming Desire’, co-authored with Gragnolati, Kay, and Lombardi, in Desire in Dante and the Middle Ages, pp. 1-11.

‘“Per-tras-versioni” dantesche: Post-Paradisiacal Constellations in the Poetry of Vittorio Sereni and Andrea Zanzotto’, in Metamorphosing Dante: Appropriations, Manipulations and Rewritings in the Twentieth and Twenty-first Centuries, ed. by Fabio Camilletti and others (Berlin; Vienna: Verlag Turia und Kant, 2010), pp. 153-74. 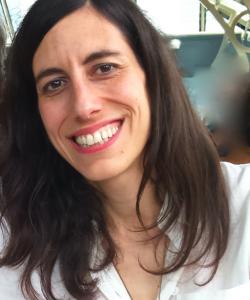