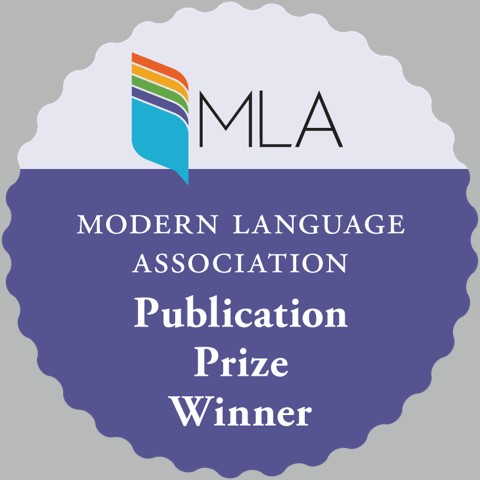 Volume 145 of the Complete works of Voltaire has just been awarded a prize by the Modern Language Association.

Voltaire had a habit of writing, often extensively, in the margins of his books, and Volume 145, ‘Notes et écrits marginaux conservés hors de la Bibliothèque nationale de Russie’, brings together and describes for the first time the entire corpus of Voltaire’s known annotated works outside the library in St Petersburg. The volume contains editions by an international team of 15 colleagues, ranging from early career researchers to the most senior scholars in the field, working in the UK, France, Russia, the USA and Canada: Samuel Bailey, Jean Dagen, Ethel Groffier, John R. Iverson, Edouard Langille, Christiane Mervaud, Christophe Paillard, Jean-Alexandre Perras, Gillian Pink, John Renwick, Alain Sandrier, Gerhardt Stenger, Gemma Tidman, David Williams and Irina Zaïtseva. This was an extraordinarily complex work to design, co-ordinate and edit, and it was Gillian Pink at the Voltaire Foundation who oversaw the progress of this edition from its inception and who wrote the general introduction. The volume has been awarded ‘honourable mention’ for the 2020 MLA Prize for Collaborative, Bibliographical, or Archival Scholarship. This is very special recognition for this volume, and for the Voltaire edition as a whole: warmest congratulations to Gillian and to all her collaborators.

“Volume 145 of Les Œuvres complètes de Voltaire, dedicated to the notes and marginal writings of Voltaire, edited by Gillian Pink and a dozen other specialists, is one of the final volumes in a massive critical edition begun in 1968. The complete critical edition of Voltaire’s works is a remarkable achievement, and this individual volume is a particular accomplishment, collecting marginalia from books owned and read by Voltaire that did not end up in St. Petersburg following Catherine II’s purchase of his library after his death. Voltaire covered his books in notes and comments, often arguing with his opponents in the margins of their texts. But these marginalia can also show him to be a measured and open reader. Wonderfully and clearly edited, this erudite volume will serve scholars for generations to come.”