Another successful novelist in the Modern Languages Faculty 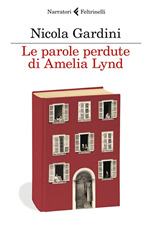 Following on from the huge success of The Last Hundred Days by Patrick McGuinness, which was longlisted for the Man Booker Prize and shortlisted for the Costa First Novel Award, the Modern Languages Faculty is celebrating the appearance of Nicola Gardini’s fourth novel, Le parole perdute di Amelia Lynd.

Both McGuinness, Professor of French Literature, and Gardini, University Lecturer in Italian Literature, are also well known poets. Gardini has published six collections of verse and McGuinness two, one of which has been translated into Italian. Both are, of course, also held in high regard as literary critics and scholars. The two authors will be in conversation with each other and reading from their novels in the Taylorian Hall at 5.00 pm on Tuesday, 6 March, 2012.