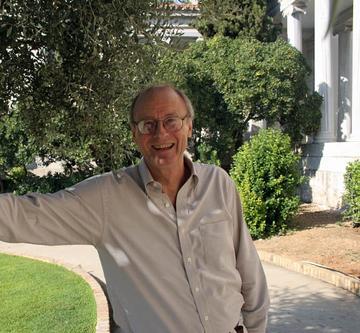 Peter was a distinguished scholar and translator of Modern Greek literature, an inspiring supervisor and a generous colleague. Colleagues will remember the joint performance in which he and his wife Jackie Willcox presented some of their translations of Greek poetry to the faculty’s celebration of European literature and Culture on 31 January 2020. Most recently, he collaborated with the Taylorian Library to highlight the existence of the Mariupol Greeks, their language, and their books.